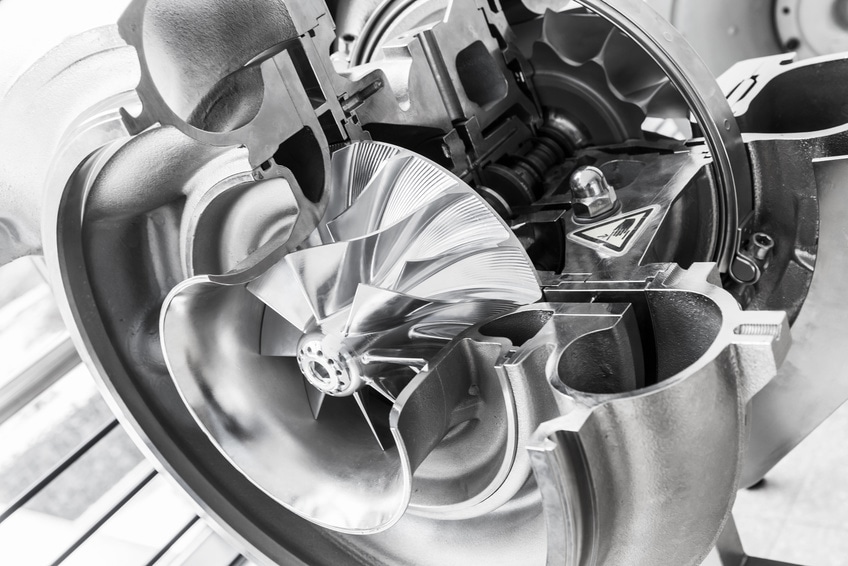 The first turbocharger was produced in the late 19th century by German engineer, Gottlieb Daimler, but they didn’t come to prominence until after WWI, when aircraft manufacturers began adding them to aeroplanes to provide power to engines operating at higher altitudes, where the air is thinner. Alfred Buchi was the engineer that came up with the idea to utilize the wasted energy that is expelled through the exhaust system. It was in 1915 that he created his first prototype, which failed. This however did not stop the persistent inventor. He worked on it for another 10 years before he produced the first practical, functioning turbocharger that increase efficiency of an engine by 40%. Turbochargers weren’t added to car engines until 1961, when US manufacturer Oldsmobile, used a simple turbo to boost the power of a 3.5L V8 engine. In 1984, Saab developed a new, more efficient turbo system, and this design, with a few tweaks and modifications, remains the most popular turbocharger configuration today.

Over the years however, the turbocharger has benefitted the internal combustion engine much more than maximizing its efficiency. It has been utilized to create massive gains in power output of an engine compared to the amount of power achievable with a naturally aspirated platform (no forced induction utilized). Turbocharges, utilized in the right way, can increase a non-turbocharged motor from 200bhp to over a 1000bhp; with supporting modifications.

A turbocharger is composed of 3 basic parts, a compressor, a turbine, and a centre housing. The turbine is the section of the turbocharger where the exhaust gases of the engine are forced through to cause the turbine wheel to spin. This rotation energy is then transferred through the centre housing and into the compressor by means of a stainless steel, or sometimes Inconel, shaft. This centre housing is comprised of journal or ball bearings, depending upon the application, as well as oil lubrication ports and drains. This allows the bearings to well lubricated, as well as cooled, to handle the immense rotational speeds and heat that they have to endure. Some centre housings have integrated coolant passages to provide supplemental cooling. This is not always required, but it does drastically improve a turbochargers life, as well as protect it in circumstances where it is put under high or prolonged demand. The compressor does exactly what it’s named for, it compresses air. The compressor is spun by the rotational force created by exhaust gases flowing through the turbine. This would feed the intake side of the motor. Air is inducted into the compressor and then compressed into the piping, feeding the air intake ports of the motor. This creates an increased flow, as well as density, of air to be fed into the combustion chambers of the motor.

Although not utilized in all cases, most turbocharged platforms utilize an intercooler to cool the compressed air back down to the ambient air temperature. This is due to the fact that heat is transferred from the turbine of the turbocharger to the compressor by consequence of the exhaust gases flowing through it. This causes an undesired effect of heating the compressed air that is formed by the compressor of the turbocharger. A higher temperature air becomes less dense of oxygen molecules, which in-turn cause less oxygen to flow into the combustion chambers and produces a smaller, less powerful combustion (less power output). So to counter this effect, an intercooler is implemented to cool the air back down.

Information derived from google search and summarized & translated into this article.