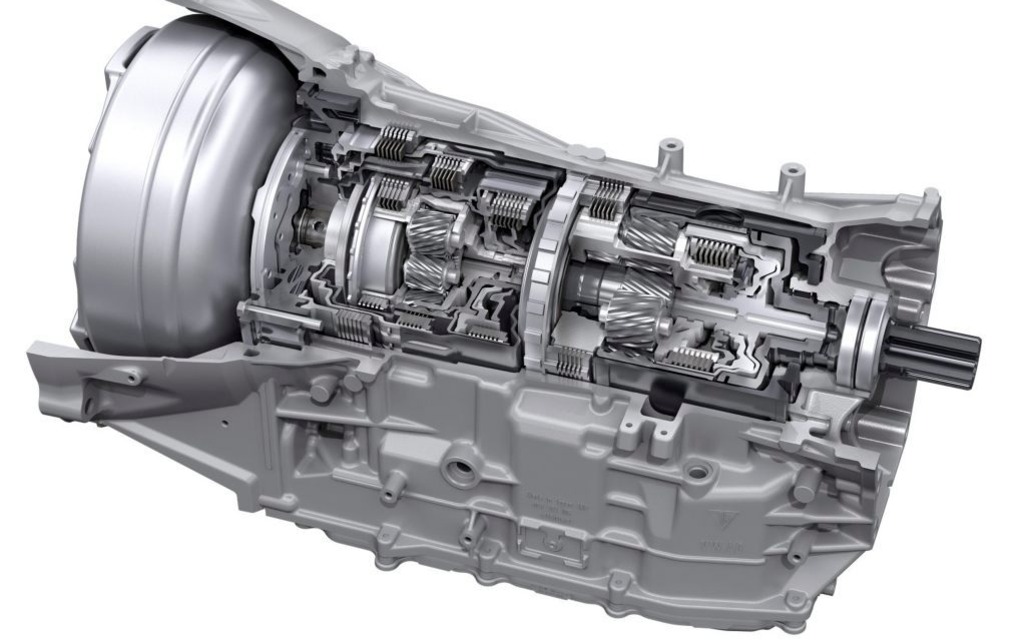 Through the use of electronics, transmissions have better shift timing and quality. Electronic transmission control provides automatic gear changes when certain operating conditions are met. Although these transmissions function in the same way as earlier hydraulically based transmissions, a computer determines their shift points. The computer uses inputs from different sensors and matches the information to a predetermined schedule. As a result, the transmission contributes to improved fuel economy, lower exhaust emission levels and improved driver comfort.

In an electronic automatic transmission (EAT) system, there is a central processing unit, inputs, and outputs. Often the central processing unit is a separate computer designated for transmission control which receives information from various inputs and controls 2-5 (maybe even more) solenoids that control hydraulic pressure and fluid flow to the apply devices and to the clutch of the torque converter. This computer may be the transmission control module (TCM) or the powertrain control module (PCM). When the transmission isn’t controlled by the PCM, a TCM is used.

A TCM is programmed to provide gear changes at the optimum time and controls shift timing, shift feel and the operation of the torque converter clutch. To determine the ultimate operating strategy for the transmission, the TCM uses inputs from some engine-related and driver-controlled sensors as well as receiving input signals from specific sensors connected to the transmission. By monitoring all of these inputs, the TCM can determine when to shift gears or when to apply or release the torque converter clutch. The dynamic of shifting gears up or down is based on shift schedules and logic. A shift schedule contains the actual shift points to be used by the computer according to the input data it receives from the sensors. Shift schedule logic chooses the appropriate gear and then determines the correct shift schedule or pattern that should be followed. The computer frequently reviews the input information and can make quick adjustments to the schedule, if needed and as needed. The TCM controls the action of various solenoids to control the torque converter clutch and shift times and feel.

The electronic control systems used by the manufacturers differ with the transmission models and the engines to which they are attached. The components in each system and the overall operation of the system also vary with the different transmissions. However, all operate in a similar fashion and use basically the same parts.