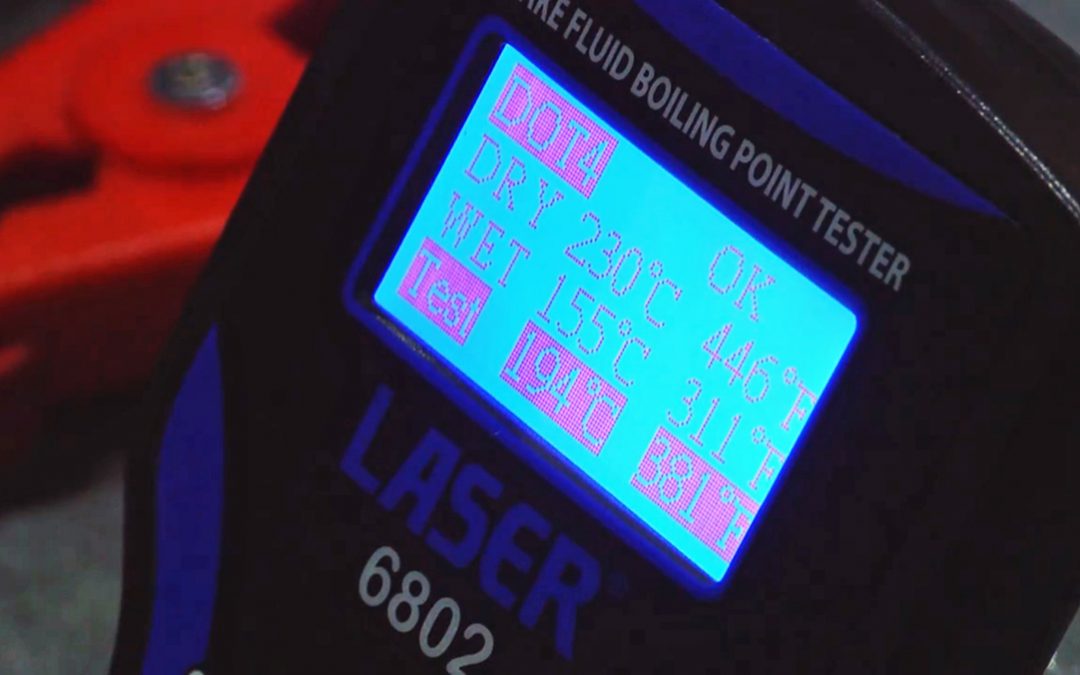 Testing your brake fluid can be one of the most important checks you do on a car. Just as important as engine oil and even petrol for your car, your cars brake fluid should always be in good condition.

Brake fluid, also known as hydraulic fluid, is responsible for moving the various components of your vehicle’s braking system. The fluid operates under high temperatures and high pressure and, without it, your car or truck would not be able to stop when you push the brake pedal inside your vehicle. Brake fluid is a non-compressible substance that lies within the brake lines, delivering the force created by your push on the brake pedal to each of the brake rotors on the four corners of your vehicle. This applies pressure to the wheels and ultimately slows or stops your movement.

While brake fluid function is relatively easy to understand, there is a wide variety of types to choose from, which may be confusing when it is time to replace the brake, or hydraulic fluid. The two chief types of brake fluid are glycol-based, which can be further divided by grade, and silicon-based fluids. Glycol-based brake fluids are typically used in vehicles with anti-lock brake systems (ABS) while silicone-based ones work only in cars and trucks without ABS technology. If a vehicle without anti-lock brakes has ever had a glycol-based brake fluid, you cannot switch to a silicone-based one because small amounts of glycol will remain behind and chemically compromise the integrity of the silicone. Glycol-based fluids are classified by a Department of Transportation (DOT) number up to 5.1, which indicates the boiling point of the fluid. Higher DOT numbers indicate better quality of hydraulic fluid that can withstand higher temperatures which means higher boiling points.